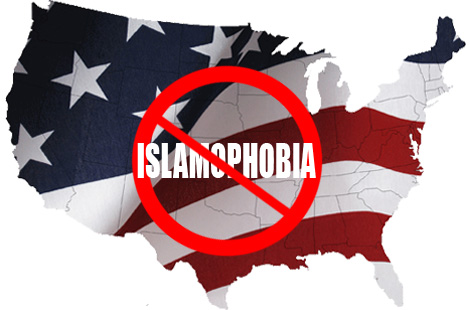 The “it” here is Islamophobia and it’s rearing its ugly head again in circles of the GOP.

Yesterday I wrote about the danger of demonizing Muslims. I cited remarks fromseveral Republican politicians who argued a couple of years ago that no mosqueshould be allowed near the site of the 9/11 attack in New York.

Today I looked at a speech given last night in California by Gov. Bobby Jindal, R-La. Jindal’s speech, which asserted a religious right to practice anti-gay policies in private business activity, echoed the argument made 14 years ago by Bob Jones University in defense of its policy against interracial dating. The resemblance is uncanny. You can read the whole article here.

But Jindal’s speech raised another problematic theme as well: the idea of a war between Islam and Christianity. Here’s what he said:

In nation after nation, Christians are being slaughtered by radical Islamists for their beliefs. … Dietrich Bonhoeffer wrote that “The cross is laid on every Christian. It begins with the call to abandon the attachments of this world. … When Christ calls a man, He bids him come and die.” And today, around the world, many Christians are living out that calling. That is a shooting war over religion, not a silent one.

Today I want to tell you about a war the mainstream media is ignoring. From Boston to Zanzibar, there is a worldwide war on Christianity. …

Ever since 9/11, commentators have tried to avoid pointing fingers at Islam. While it is fair to point out that most Muslims are not committed to violence against Christians, this is not the whole truth and we should not let political correctness stand in the way of the truth. …

We send billions of dollars a year to Pakistan and Egypt. We helped put new Islamic regimes in place in Afghanistan and Iraq. President Obama now sends arms to Islamic Rebels in Syria. In Egypt the mob attacked our embassy and burned our flag. I don’t know about you, but I’ve had enough.

It’s one thing to acknowledge that terrorists who kill Americans tend to do so in the name of Islam. It’s quite another thing to accept them as representatives of their faith, to affirm their message of enmity between Christianity and Islam, and to portray Islamic law as a threat within this country.

The answer to the last three questions is no but demagoguery has never been about truth, it’s about power and that’s why members of the Republican Party do it to reclaim power from the party of the first black President.