via Loyalty to Donald Trump 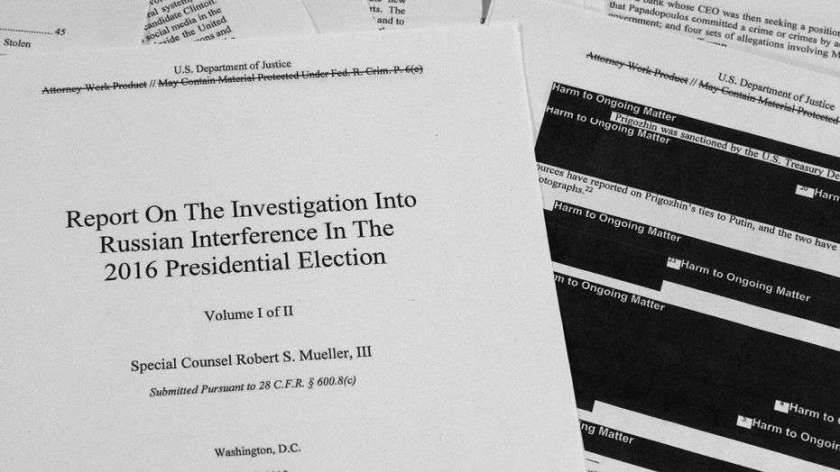 It finally arrived; it’s here.  The Mueller Report the world has been waiting for hoping it would tell us once and for all the truth about Donald Trump.  Is he as corrupt as it was reported or is all that was written about him a hoax the fake news Trump always claimed it was? No matter where you fell on the political spectrum everyone put their faith in what Mueller would produce because of his sterling reputation as a Washington institutionalist, his integrity, and experience as a soldier and federal prosecutor, the head of the FBI and his bipartisan appeal.

Mueller amassed a team that worked for almost two years on the ‘Report on Investigation into Russian Interference in the 2016 Presidential Election’.  During that time his team produced scores of indictments against people surrounding the Trump administration and beyond. He also produced several convictions that hit very close to Trump proving to all his investigation was not a hoax and reports of Trump corruption were not fake news. More importantly during the entire time preceding the publication and release of the Report, there were no leaks from Mueller’s office.  There weren’t any rumors or speculations about what would be in his report which emanated from his office which was further testimony to the integrity of the process and its results.

Now that the Report is out and available for all to read it presents America with a problem that only has ONE solution.  Mainstream media, especially print media did a pretty good job of detailing a lot of Trump’s corruption and criminal behavior but what it printed could always be dismissed by Trump supporters with the appellation “fake news”.  Mueller’s report, however, put a stamp of authenticity on some of the reports that had been previously dismissed and exposed an even more brutal truth that the President of the United States was actively attempting to obstruct investigations into his criminal behavior. Names, dates, places were given the imprimatur of Mueller and his team with an irrefutable precision that can leave the government of the United States but one choice in response.  Impeachment.

How can the largest most powerful democracy have its standard bearer, its president

and the titular head of the free world remain in office with sins so exposed and obvious for all to see and not make any moves to remove him from office in ways that its own system of governance say it can pursue. The Constitution of the United States has provided a mechanism to legally remove a corrupt President from office without violence while maintaining the continuity of governance.  What excuse can be legitimately offered NOT to impeach a president who has shown such disdain for the law and the legal process of governance that Trump has demonstrated so clearly and blatantly? What signal does it send to the world now and in the future to have someone who has been exposed to be engaged in criminal activity against his own government to allow that type of behavior to continue unchallenged when a legal remedy exists to stop and remove such a leader. What does America think will be the response of the world community that looks upon this predicament and sees a country impotent?  Doesn’t that diminish the stature of America in the eyes of the international community? America has to begin the process of impeachment. Whether it will lead to the removal of Trump from office is irrelevant; the legislative branch of government must claim the authority the Constitution has given it and assert its power in the face of an over-reaching executive otherwise the Constitution will have become an inert document that cannot save America from itself.