This is post racial America…..Remember all the fuss about the massacre in Charleston, SC at a black church where 9 people were killed by a young white teenager too young to even know about the struggles of Americans, black and white who lived in the South.  The news kind of ended with calls to remove symbols some say are associated with racism, like the confederate flag….remember??  This is what happened in New Orleans regarding that bit of news.

The contracting firm that was hired to take down some Confederate monuments in New Orleans has backed out after facing death threats, as was revealed in the proceedings for a case seeking to halt the monuments’ removal.

Rebecca Dietz, a city attorney, said at a hearing Thursday that H&O Investments LLC of Baton Rouge sent a letter to the city backing out after its office received death threats, the owner’s wife was threatened over the phone, and it became apparent its contracts with other businesses were at risk, the Associated Press reported.

New Orleans City Council approval of a measure that would take down four Confederate monuments in the city prompted a local chapter of a neo-Confederate group, along with a few preservations groups, to file a complaint halting the removal. The city has agreed to not remove the statutes until after the initial round of proceedings

At Thursday’s hearing, U.S. District Judge Carl Barbier seemed skeptical of the challengers’ arguments as to why a preliminary injunction should be placed on the removal the statues, The Advocate reported.

“I went back and read your legal memorandum at least five times and I don’t even understand your argument,” Barbier said, according to The Advocate. “Usually I understand an argument even if I don’t agree with it.”

He said planned to issue a written decision in the near future, according to The Advocate. 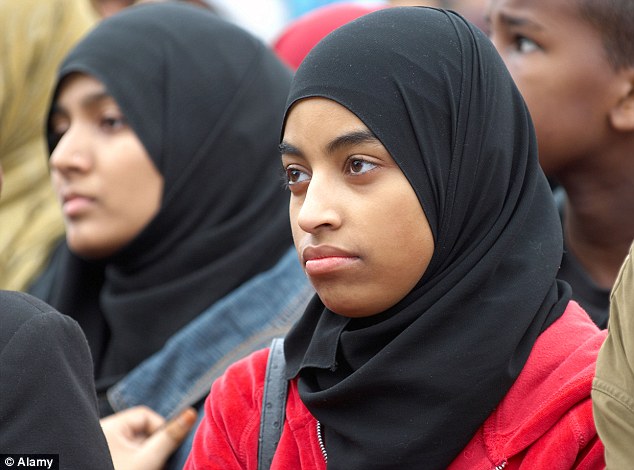 Three-quarters of young Muslims in the Middle East and North Africa view extremist groups, such as the Islamic State militant group (ISIS) and Al-Qaeda, as entities that distort the religion of Islam and its core teachings, a new survey has found.

The poll, conducted by Zogby Research Services, commissioned by The Futures Initiative at the Abu Dhabi-based Tabah Foundation and released on Tuesday, surveyed 5,374 Muslims between the ages of 15 and 34 in eight Arab countries—Morocco, the United Arab Emirates, Egypt, Bahrain, Kuwait, Jordan, the Palestinian territories and Saudi Arabia—in October and November.

“At least three-quarters of millennial respondents in all countries surveyed” see ISIS and Al-Qaeda as “either a complete perversion of Islam’s teachings or mostly wrong,” the survey says.

The countries with the highest number of Muslims who opposed the radical Islamist groups as twisting Islam were Morocco with 92 percent, the United Arab Emirates with 92 percent and Egypt with 83 percent. The lowest of the eight countries surveyed were Saudi Arabia with 53 percent and the Palestinian territories with 58 percent.

The survey found that many held corruption and autocratic regimes as the primary reasons for the rise of extremist groups.

Almost 70 percent of those polled in the UAE and 50 percent in Morocco said “corrupt, repressive, and unrepresentative governments” were the main recruiting factors for men and women joining such groups. Other factors cited by the polling group in its results included extreme religious education as well as poor levels of education.

It also showed that the majority of young Muslim millennials believed that their societies require more active female religious scholars and found Friday sermons to be a tirade, boring or the position of the government, Arab outlet Gulf News reported.

“In most countries, the majority says that religion does not need to be reformed” but rather that it “needs to be made more relevant,” company leader James Zogby said in a statement released alongside the survey results.

There’s been a lot written about “Jihad” in western media and usually all of it is negative or apologetic.  I’d like to present the personification of “Jihad” and how it looks in real time, real talk.  Rose Hamid may never be compared to Rosa Parks, but her bravery and calmness in the face of unremitting vitriol and harassment make her impact to America’s social development as significant.  She speaks for herself quite well and it’s what she said, how she said it and how she behaved under the taunting and obscenity directed at her that compels me to post this video.  I salute Ms. Hamid and you should too.