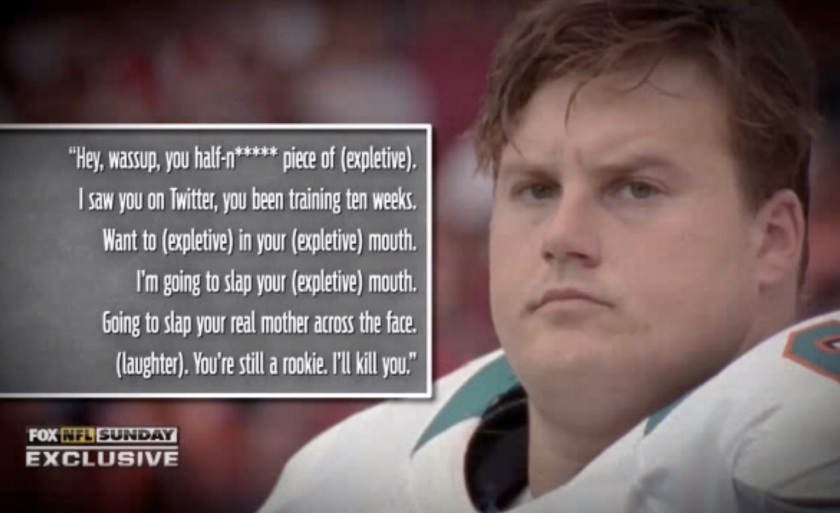 Would that kind of language uttered in any board room or office be acceptable in any company?  Evidently it’s perfectly acceptable in the locker room of the Miami Dolphins.

Incognito, Jerry and Pouncey admitted that they directed racially derogatory words toward him, including “Jap” and “Chinaman.” At times, according to Martin, they referred to the Assistant Trainer as a “dirty communist” or a “North Korean,” made demands such as “give me some water you fucking chink,” spoke to him in a phony, mocking Asian accent, including asking for “rubby rubby sucky sucky,” and called his mother a “rub and tug masseuse.” Martin and others informed us that Incognito and Jerry taunted the Assistant Trainer with jokes about having sex with his girlfriend. Incognito admitted that these types of comments were made to the Assistant Trainer.

The NFL commissioned a report about the problems players were having with Miami Dolphin staff and in particular Richie Incognito, entitled Report To The National Football League Concern ing Issues of Workplace Conduct At The Miami Dolphins.  Can you read the whole thing here.  It’s pretty sensational and probably a lot more common in the work environment than we as a society care to admit.  Hopefully this will get the ball rolling on ridding the work place from this vulgarity.