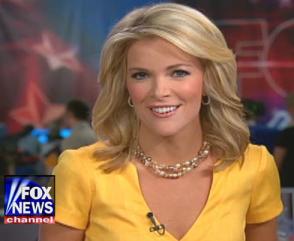 Megyn Kelly suggested in response to her latest proclamation that Santa Claus and Jesus were both white that she was just trying to inject some humor into her show saying, ‘Humor is part of what we try to bring to the show. Sometimes that’s lost on the humorless.’

I must admit it’s not lost on me, because I think FoxNews is a joke whenever it goes on the air and Kelly is just one of the comediennes in the FoxNews lineup.  Every year this time FoxNews goes on the war on Christmas alert with outrageous stories and commentary about how a Christian tradition is slowly being eroded by multiculturalism or hordes of foreigners immigrating illegally to the shores of America; now however, we must conclude such stories that run on that network are meant to be humor, just as I have been thinking and writing all along.

Kelly’s latest pronouncement does give a revealing look into her psyche who I guess considers herself a Christian and her perceptions of Jesus Christ.  She takes great comfort in projecting for herself an image of Christ that looks like her,

the Bible is far less descriptive on the matter of Jesus’ skin color than we are. Christian scriptures say very little about Jesus’ physical appearance. They do not comment on his nose, eye color, skin pigmentation, or hair. The glaring exception is Isaiah 53:2, which prophesies that the messiah won’t be much to look at, another fact that places the Bible at odds with the “well-groomed surfer-dude Jesus” who’s often put forth.

would Megyn be a Christian?