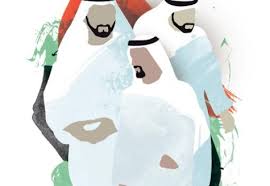 In January 2011, Bahrain’s labour minister at the time warned against the massive presence of foreigners in the Gulf, saying that their social, cultural and political threats could be intensified by the private economy they set up…….
Even if all unemployed people in Bahrain find jobs, there will be foreigners in the country, a fact that necessitates appropriate measures, Al Alawi said………
“We do support the rights of foreigners, but we need to be aware that the presence of more than 15 million expatriates in the Gulf countries is a serious threat to the local demography. Such a huge number is also a security threat.”

….and there it is. Expats are threats and we all know what countries do to threats!! There’s no doubt to this observer that while these are the words of a Bahraini they no doubt mirror what others believe in the Gulf and on the Arabian Peninsula……that piece of ground that too many Arabs/Muslims who live there claim is holy but treat as a testing ground for their special brand of nationalism.

They have forgotten their historical perspective which was far more inclusive than their narrow minded versions of statehood allow them to grasp. There would be no Islamic state if the citizens of Medina/Yathrib weren’t accepting, embracing of the people of Mecca and the Prophet of Islam. Islam would no doubt have died in the city limits of Mecca as the nascent Muslim community was faced with increasingly hostile and aggressive opposition to their message which culminated in the assassination plot against Muhammad. What would have been the history of the world had Medina’s citizens stopped immigrating Meccans from entering the city?

But that’s just the beginning of Gulf Arabs’ demogoguery Their other problem is their citizens can’t find jobs, the implication being that it’s the “massive presence of foreigners” taking jobs away from locals

The head of an ad-hoc committee on Emiratisation at the Federal National Council says unemployment among Emiratis is a national security issue, describing unemployed young people as “a scarred and lost generation”.
“Young jobless Emiratis can be victims of late marriage, drug abuse and despair. Their future now seems tainted, which threatens economic growth and social stability,” said Hamad Al Rahoumi, a member from Dubai…….Stressing that the jobless rate for youth in the UAE which employs millions of foreign workers is very high, Al Rahoumi said it is unacceptable by all standards for the Government to keep Emiratis unemployed.

There are those pesky foreign workers again, getting in the way of the employment of local citizens. No one in the Gulf wants to consider the obvious, however

Qualified undersecretaries are wanted for at least seven UAE ministries, but the high-profile job has been vacant for years now because of what one minister said was lack of qualified candidates……“Is it because the UAE lacks qualified career public servants, shortage of funds to finance their salaries, or lack of interest on the part of citizens to take on the job?” Al Katbi (Mosabeh Saeed Al Katbi, a member of the Federal National Council from Sharjah) asked.
Al Katbi told Gulf News, when asked, a minister who happened to attend a parliamentary debate of a public issue, said he did not find a qualified person to fill the vacant job.

So, in the case of the United Arab Emirates, Emiratis can’t find other Emiratis who are either interested in or qualified for under secretary jobs in their government……which has nothing at all to do with foreigners in their country but rather in the will of the people who have had that will blunted by an excessive amount of wealth which they’ve used to buy people who have done everything for them for far too long.

The other parody comes from Egypt which after the coup which overthrew the Muslim Brotherhood government of Muhammad Morsy became a close ally of the Gulf states. The present government is now brutally persecuting students who are protesting the military coup with what some say are heavy, unprecedented sentences

Cairo’s misdemeanor court sentenced on Wednesday twelve pro-Mosry students from Al-Azhar University to 17 years in prison on charges related to off-campus rioting in October….Defendants were also ordered to pay a bail of LE64,000 (US$9,300) each. The recent unprecedented sentence against University students is likely meant to be a tough warning message for any Muslim Brotherhood (MP) supporter whether off or on campus that “the judiciary will sharpen its teeth against any MB protests”…..

The present Egyptian government depended on student involvement to justify military intervention which resulted in toppling Morsi, yet now it is stifling students who are protesting the coup. Of course the “students” are different in each case, but the constant is Arab democracy which really isn’t democracy after all but rather totalitarianism.