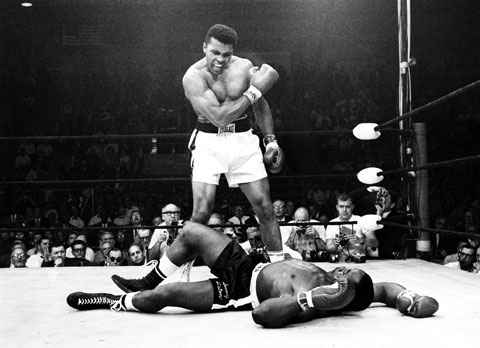 Names are important to their bearers and generally to the society at large.  They are a source of pride and at other times scourge; people invest themselves with names of meaning or shed their names because  of its meaning.  We’ve seen people mercilessly pummel others for not recognizing their names and calling them by the chosen name, and we’ve seen others brutally whipped to acknowledge a name give to them by people in order to strip the name bearer of any sense of cultural identity or self worth and replace it with whatever value the name giver is trying to impart. 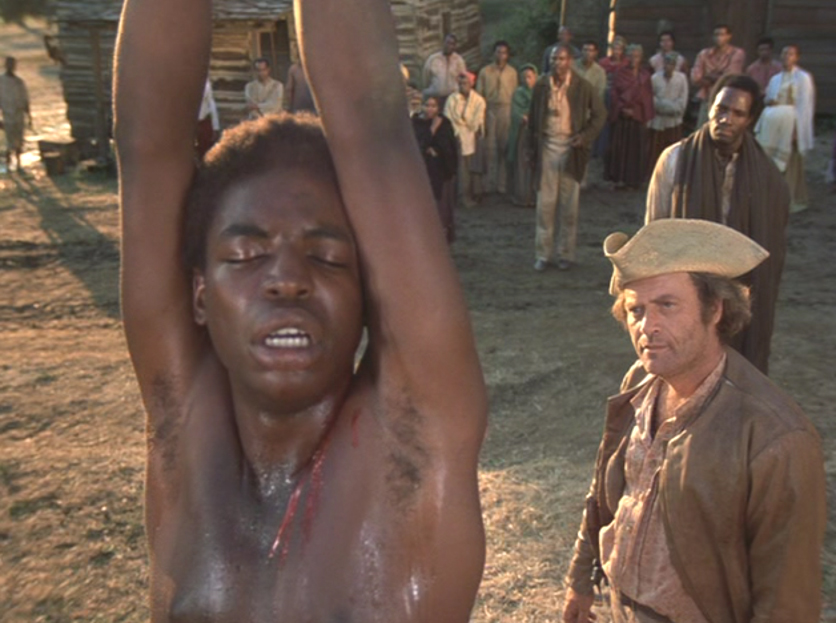 There are some people who intimidated by the idea that their name is identified with a certain ideology or belief chose to change it of their own accord in order to fit in and not be singled out, while some people change their names willingly to hide their cultural identity to avoid religious or cultural persecution. Others

take on names because of careers whereby the name distinguishes them from all others in the performing arts.  “Sting”, “Prince” come to mind to name a few. Such decisions are made artistically and usually enhance the image of the name bearer in the eyes of an adoring public.

People have denigrated entire classes of their fellow mankind by grouping them under one name, nigger, cracker, spic, kike, sandnigger, cockroach, gook are just a few examples that come to mind.  These names are meant to hurt; they come with their own invective; even the pronunciation rolls off the tongue with a certain inflection that’s meant to hurt the ears as much as the hearts and minds of the subjects of such abuse.  By using such language it’s meant to dehumanize and weaken the resolve of a person, to soften them up for the inevitable. We have not gotten over this ability to harm with the spoken word, or name.  When applied enough times to groups of people the result is systematic and relentless oppression, subjugation or intended and eventual annihilation. 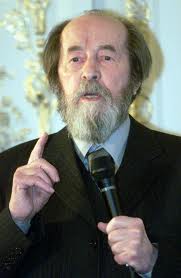 While I was  a freshman in college Alexander Isayevich Solzhenitsyn was the rave in American literary circles.  His book, The Gulag Archipelago had recently been released and became required reading in universities across the West, no less so where I studied. His was the first exposure many of us in my English literature class had to someone with a name like his and as we discussed his work, quite a few of us awkwardly pronounced or made fun of while attempting to pronounce his name so much so that our English teacher stopped the class and with all the seriousness and indignation appropriate for the moment declared, ‘young people every human has the RIGHT to have his/her name pronounced correctly’.  With that declaration he (I wish I could honor that teacher by recalling his name, but unfortunately I have forgotten it) made every student stand one at a time in class and pronounce Solzhenitsyn’s entire name until we got it right.  No student was spared as time was suspended until we said S-O-L-Z-H-E-N-I-T-S-Y-N correctly, no matter how many times it took for us to do so. I left that class with a deep sense of the importance of names and how its bearer should be honored with the correct application of that name to him or her. I realized no matter how hated by me a person or no matter how difficult the name I owed it to its bearer to honor them with their name, no suffixes or prefixes attached, no racial or cultural tags added. Such things could be done in a separate sentence but never immediately juxtaposed with the name….unless that person wanted it so.

During the late 70s toward the end of Jimmy Carter’s term in office when the Nation was gripped by the Iranian hostage crisis, America began its assault on Muslims.  American Muslims who showed any support for the revolution in Iran came under fire, scrutiny by a federal government bent on flexing its muscle to resolve the crisis and cap a ground swell that was boiling in America (which we survived and have since gone on to greater heights of prosperity).  During that time I ran across a young Muslim American who related how he was caught up in the turmoil of the time and indicted by the federal government.  He was told, he said, by officials if he would only agree to have the name “Al” affixed to his indictment instead of “Abdullah” the name he had on all his legal documents  they would eventually drop or reduce the charges. He was faced with a modern day horse whipping much like the character Kunta Kinte in the movie Roots, except in his case he refused and was found guilty and sentenced to 25 years for a crime he didn’t commit.  Finally after his appeal reached and was decided on by appeals court where he was awarded a new trial, the government having extracted its pound of flesh from him and countless others and satiated its blood lust, refused to re-try him and released him with time served.  Six years he languished in prison because he refused to go by any  name other than his name. That young man’s story reinforced to me the importance of one’s name and how authority sees the importance of names. 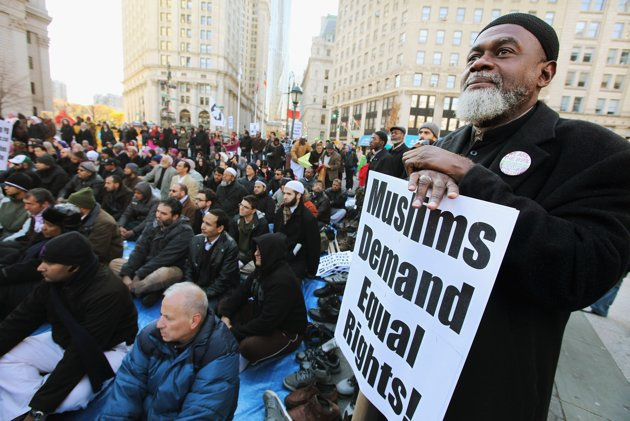 It came as no surprise, therefore, for me to read that names were being used AGAIN by the government to determine guilt or innocence or even if criminal activity or the THREAT of criminal activity existed.  Too often we in America especially and  the West in general rely too much on social schemata to define who a person is instead of listening to or watching how that person defines himself.  In today’s age of instant gratification, and sound bite, bumper slogan ideology, no time is given to evaluating the person beyond that brief first impression that usually starts with one’s name.  We are conditioned to make credible or inconsequential that person’s existence just by the sound of their name, whether it is anglicized or latin, mono or polysyllabic, foreign or American.  Everything after the name is totally irrelevant; it is why people today at the start of  Obama’s second term still think he is an illegitimate president and therefore nothing he says or does is American.  As a result there’s now talk of secessionist movements gaining ground in some parts of the country where such notions weren’t even whispered during the time of any other contemporary president. 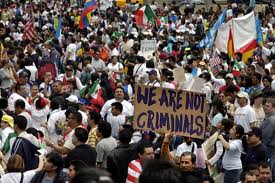 America is a country made of people from all over the world, each of them, those who are law abiding, are citizens of this Republic with all the rights and responsibilities due by the Constitution and no one person can have that fact denied because of their name, yet such denial is becoming increasingly more prevalent.  We come from races and tribes with different and yes even unusual names but none of that allows us to deny or curtail the rights of such people because we cannot pronounce or don’t like a person’s name.   Nor should we expect people to conform to the names we want to bestow on them.  I was sitting with a friend a few years ago when we were approached by an elderly African-American with a soft, appealing  southern accent.  His voice was  melodic like that of a Sunday preacher as were his manners.  When he made eye contact with me and my friend he approached the two of us and introduced himself.  We in turn told him our names, but my friend’s name was a bit difficult for this gentleman to pronounce.  He prodded my friend several times to say the name and each time my friend pronounced his name slower and with more elaborate intonation.  Finally after the fourth or fifth time, the elderly gentleman scratched his name and said to my companion ‘do you mind if I call you Willie?’ 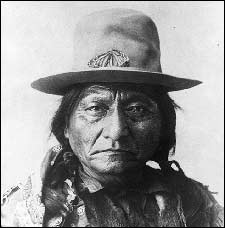 We are uncomfortable with names that require effort to say and translate that difficulty into stereotyping the bearer negatively…especially if that person insists on us calling them by their name correctly.  As a society we don’t have an English teacher who will make us pronounce and honor a person’s name until we get it right….we give in too easy and suggest ways to call(define) a person that are acceptable to us.  But that is no longer acceptable in a pluralistic society such as America and it’s not desirable either.  Our names are European, African, Asian, Semitic, Latin, Oceanic and many times a mix of all of them and they all are as valuable, meaningful AND American as any other name you may find in the white pages of your local phone book.  If we are as exceptional as we claim to be, as great a Nation as we say we are, we will learn to respect the names of our countrymen and the diversity of these names that are brought to our society, otherwise we are no better than the tin pot despots, the banana republics we have supported and then invaded because of their perceived inhumanity to their fellow man.  Are we up to the task, America? Then, what’s my name?