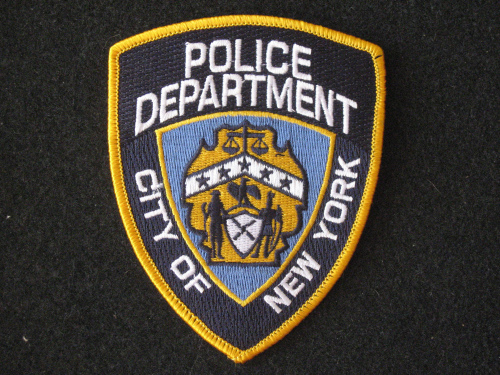 Imagine if you lived in a city whose police department regularly looked at films that claim members of your race or religion shoot and terrorize people and showed photographs of victims of terror imposed by your special group of people while stating emphatically every of you was like that and therefore a threat to the security of the country.

Such is the case with the New York City police department which for over a lengthy period of time screened for its officers a film entitled, The Third Jihad.

This is the feature-length film titled “The Third Jihad,” paid for by a nonprofit group, which was shown to more than a thousand officers as part of training in the New York Police Department.

In January 2011, when news broke that the department had used the film in training, a top police official denied it, then said it had been mistakenly screened “a couple of times” for a few officers.

A year later, police documents obtained under the state’s Freedom of Information Law reveal a different reality: “The Third Jihad,” which includes an interview with Commissioner Raymond W. Kelly, was shown, according to internal police reports, “on a continuous loop” for between three months and one year of training.

During that time, at least 1,489 police officers, from lieutenants to detectives to patrol officers, saw the film.

News that police trainers showed this film so extensively comes as the department wrestles with its relationship with the city’s large Muslim community. The Police Department offers no apology for aggressively spying on Muslim groups and says it has ferreted out terror plots.

But members of the City Council, civil rights advocates and Muslim leaders say the department, in its zeal, has trampled on civil rights, blurred lines between foreign and domestic spying and sown fear among Muslims.

“The department’s response was to deny it and to fight our request for information,” said Faiza Patel, a director at the Brennan Center for Justice at New York University Law School, which obtained the release of the documents through a Freedom of Information request. “The police have shown an explosive documentary to its officers and simply stonewalled us.”

Tom Robbins, a former columnist with The Village Voice, first revealed that the police had screened the film. The Brennan Center then filed its request.

The 72-minute film was financed by the Clarion Fund, a nonprofit group whose board includes a former Central Intelligence Agency official and a deputy defense secretary for President Ronald Reagan. Its previous documentary attacking Muslims’ “war on the West” attracted support from the casino magnate Sheldon Adelson, a major supporter of Israel who has helped reshape the Republican presidential primary by pouring millions of dollars into a so-called super PAC that backs Newt Gingrich.

…….Repeated calls over the past several days to the Clarion Fund, which is based in New York, were not answered. The nonprofit group shares officials with Aish HaTorah, an Israeli organization that opposes any territorial concessions on the West Bank. The producer of “The Third Jihad,” Raphael Shore, also works with Aish HaTorah.

The people behind this nefarious production, The Clarion Fund and Aish HaTorah should be enough to call into question the integrity of such a video.  Both organizations are deeply involved in the spread of Islamophobic notions of Muslims in America in a manner consistent with the strategies mentioned in a previous Miscellany101 post here.  I’m also not surprised, but note with more than a bit of sarcasm the presence of a GOP candidate for President being affiliated somehow in this macabre alliance of xenophobes.

the Clarion Fund,……(I)ts previous documentary attacking Muslims’ “war on the West” attracted support from the casino magnate Sheldon Adelson, a major supporter of Israel who has helped reshape the Republican presidential primary by pouring millions of dollars into a so-called super PAC that backs Newt Gingrich.

In addition, the NYPD’s denial then admission that the film was ever aired by them and their subsequent position that they did nothing wrong means precisely that they did something wrong.  This adversarial attitude, along with the equally omnipotent  alliance between the NYPD and the CIA has raised more than a few eyebrows, plenty of suspicion and the ire of New York Muslims, some of whom participated in an interfaith boycott last month to protest the city’s increased surveillance of area Muslims after it was revealed the NYPD in coordination with the CIA gathered information on city Muslims who were neither suspected or charged with any crime.  All this is what we KNOW about, albeit with a great deal of diligence at gathering the information and difficulty at getting authorities to respond; no doubt there’s plenty more we don’t know about.  Stay tuned.

One thought on “Serve and Protect? If you’re a Muslim in New York city don’t expect it!”