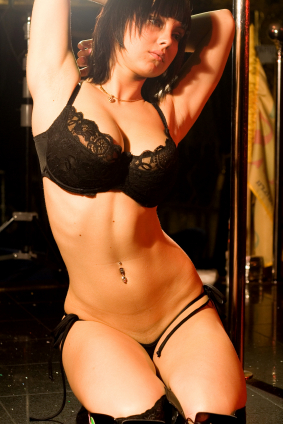 Bob Cesca’s Awesome Blog does an awesome job of destroying the race baiting Islamophobes’ objections to the Cordoba House being built in close proximity to the 911 disaster because it somehow will upset the sensitivity of those who suffered loss there.  And while there really were never any legitimate  objections to this project to begin with, and each one that the opponents have raised has been seriously knocked down or derailed they keep popping up because there are some in America who want to ascribe any and all failure to the present administration or want to maintain an obstructionist agenda in order to win elections in November.

So here we go again……the hallowed ground scenario.  This is also what’s going up in and around the “sacred” ground of the World Trade Center complex, some would say the same distance from it as the Cordoba House.   The New York Dolls Gentlemen’s Club on 59 Murray Street, where you can have all of your emotional needs met.  If you want to reflect on what happened at WTC on 911 the New York Dolls club is the place to go to do just that.  No doubt the likes of the one above will be glad to give you a hand, at a price of course, to come to grips with what took place on that awful day and hold the memories of loved and cherished ones who died on that day.  A titty bar, that’s what we call them down South, is more deserving of occupying that holiest of ground in the American psyche than an interfaith institution that wants to bridge gaps and promote brother/sisterhood among people.  That’s just what the country needs.