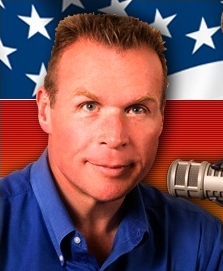 I saw JD Hayworth do an interview with Chris Mathews on Hardball the other night and one of his comments really struck me as being typical of the last eight years of nonsense, lies and deception.  No, it wasn’t his remark about Obama needing to produce his birth certificate to prove to the American people whether he is a real American or not, and in the process avoiding Mathews question whether he, Hayworth, was a conspiracy theorist birther.  It was Hayworth’s dodging the question of whether he supported torture as an implement for policy by American agencies.  He went on to say that waterboarding, i.e. torture was responsible for stopping several planned terror attacks because of actionable intelligence derived therefrom.

Anyone who knows anything about torture and its use during the last decade and all of the “actionable intelligence” that might have come about because of it would and should take such claims with a grain of salt.  Such claims of the importance of torture came from people like John Kiriakou, a former CIA operative who affirmed that waterboarding quickly unloosed the tongues of hard-core terrorists.  His accounts were picked up by main stream media and pundits and published as gospel in an attempt to legitimize an internationally recognized crime.  Of course it turns out all of Kiriakou’s stories were lies made up to extricate a criminal administration and its agencies from criminal behavior.

On the next-to-last page of a new memoir, The Reluctant Spy: My Secret Life in the CIA’s War on Terror (written with Michael Ruby), Kiriakou now rather off handedly admits that he basically made it all up.”What I told Brian Ross in late 2007 was wrong on a couple counts,” he writes. “I suggested that Abu Zubaydah had lasted only thirty or thirty-five seconds during his waterboarding before he begged his interrogators to stop; after that, I said he opened up and gave the agency actionable intelligence.”

“I wasn’t there when the interrogation took place; instead, I relied on what I’d heard and read inside the agency at the time.”

“Now we know,” Kiriakou goes on, “that Zubaydah was waterboarded eighty-three times in a single month, raising questions about how much useful information he actually supplied.”

Indeed. But after his one-paragraph confession, Kiriakou adds that he didn’t have any first hand knowledge of anything relating to CIA torture routines, and still doesn’t. And he claims that the disinformation he helped spread was a CIA dirty trick: “In retrospect, it was a valuable lesson in how the CIA uses the fine arts of deception even among its own.”

Yet again, another lie about the effectiveness of our war on terror, from the people who too many of us depend on to protect us! It would behoove Hayworth not to mention this proven lie too many times as he stumps for John McCain’s senate seat for the state of Arizona, or else he might have to explain to those who are conscientious to want to know how it’s all a lie!