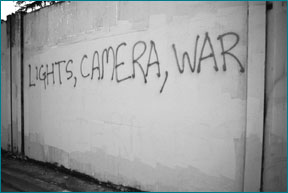 I was once asked if I ever sold drugs; after getting over the initial shock of the question and realizing it was being asked by someone not even remotely interested in his own question I laid down the hammer and told him I considered selling drugs an act of treason and therefore punishable by death.  It’s treasonous I told the young man because the proliferation of drugs in a community is meant to render that group of people inert to the issues facing our country and disinterested in engaging in them.  Using drugs or people who peddle them are no better than people who practice slavery I said. My reply fell on deaf ears.

I was aware of the claims made by Gary Webb in  his “Dark Alliance” newspaper series that the US government has had a hand in the proliferation of drugs in the African-American community and that its intent was pretty much as I described to my interlocutor to destroy the black community.  When Webb first printed his articles he was driven to suicide but we all know there was merit to his assertions.  Indeed some preceded Webb in saying the same things.  The US government introduces drugs into a segment of the population, reaps the financial rewards thereof, the social advantages of making an entire population static non participants in their political, economic, social, or educational future. The existence of the government’s product necessitates government intervention, bureaucracy in the form of all the various agencies that must be employed to fight the war on drugs thereby legitimizing government itself.  A pretty neat slight of hand but only for government…for the people who are preyed upon by government it means their literal destruction or at least reduction to a comatose state where they are no longer relevant. Which brings me to Israel and Palestine.

I literally bolted out of my chair when I heard the Democracy Now interview last week with Budour Hassan talking about the situation in one of the refugee camps, Shuafat refugee camp and what goes on there.  She said this

……Subhi Abu Khalifa lives in Shuafat refugee camp, which is literally a ghetto, which the Israeli occupation since the 1970s has tried to crush with all means possible, turning it into a poverty hub, turning—putting drugs in the camp, smuggling arms to some of the residents. So they’ve tried to do everything in the camp, not just to destroy the community there, but to also prevent this camp from being active in the Palestinian resistance movement.

I thought finally, the US has taught Israel a thing or two about oppression…..America has at least at some point in the relationship between Israel and the US been a leader, not a follower of the Israeli agenda.  Everything about the US-Israel relationship has been completely and utterly one sided.  America has been the sole servant to Israeli interests even when they contradicted our own.  Now I had in front of me an example where Israel was doing the very same things to Palestinians living in the squalor of their Israeli imposed existence with the same diet of drugs and guns that have destroyed African-American communities being used to wipe out Palestinians as well.  In the interest of fairness it must be said Americans have resumed following Israel by parroting extra judicial killings of oppressed people without repercussion; #blacklivesmatter is an outgrowth of that but Israel has the advantage of looking at how that deadly cocktail of drugs and guns can benefit government in many ways and we can say they learned that from us.  #AmericanExceptionalism!