Remember this guy? Earlier this year he was caught TWICE trying to board an airplane with some sort of explosive device.  However, on his flight from Midland, Texas back to North Carolina he was caught with about 5 pounds of C4 explosive and was detained and charged.  The charges have been dropped by the federal prosecutor because it’s said there is no proof he meant to carry 5 pounds of explosive on board a plane, that he merely forgot it was in his carry on bag.

Staff Sergeant Trey Scott Atwater, is a member of the 7th Special Forces Group trained as an unconventional warfare specialist.  He’s been in the military for almost 12 years it is claimed and he forgot he carried explosives with him, AFTER he also forgot and was detained at the airport in North Carolina for having a smoke grenade in the same carry on bag?  Perhaps he didn’t receive proper training, or has been living in a vacuum for the past 12 years.  Post 911 America should not be tolerant of any error the likes of the kind Atwater committed.   The US military is not getting their money’s worth out of the training they’ve given him or are they?  The blog willyloman does a very good job dissecting who Atwater is and what he does and frankly in today’s world of  false flag operations its scary. It is not comforting either when you consider the FBI who conducted the investigation and would no doubt accede to the charges being dropped has a reputation for being the promoter of operations the likes of which are mentioned in this article. 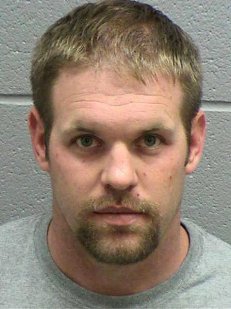 THE United States has been narrowly saved from lethal terrorist plots in recent years — or so it has seemed. A would-be suicide bomber was intercepted on his way to the Capitol; a scheme to bomb synagogues and shoot Stinger missiles at military aircraft was developed by men in Newburgh, N.Y.; and a fanciful idea to fly explosive-laden model planes into the Pentagon and the Capitol was hatched in Massachusetts.

But all these dramas were facilitated by the F.B.I., whose undercover agents and informers posed as terrorists offering a dummy missile, fake C-4 explosives, a disarmed suicide vest and rudimentary training. Suspects naïvely played their parts until they were arrested.

One can’t help but wonder was Atwater a part of a bigger plan?  Blogger Willyloman asks the question why weren’t all the passengers on the North Carolina bound flight, the one where Atwater was caught with 5 pounds of C4, searched to see if they were carrying detonators to go with the explosives. Why didn’t Atwater who was stopped in North Carolina not think to make sure he didn’t make the same mistake on his return flight and remove the plastic explosives?  Had he become that callous that he didn’t think he would be discovered or worse that it didn’t matter he was carrying and inevitably as happened, he would not be held accountable? One may never know why he and those behind him were so sloppy or how many others like him have crisscrossed America with the same dangerous payloads which leads me to give some credibility to the notion that false flag operations, or the government initiating and even carrying out many acts of terror is a real possibility.  As one historian succinctly put it

The record of the secret police in fostering rather than preventing revolutionary activities is especially striking in France during the Second Empire and in Czarist Russia after 1880. It seems, for example, that there was not a single anti-government action under Louis Napoleon which had not been, inspired by the police; and the more important terroristic attacks in Russia prior to war and revolution seem all to have been police jobs.