It has been very revealing watching members of the Right deny the responsibility of their ideology for two tragic murders that have recently occured which captured the attention of the Nation.  First came the cold blooded slaughter of an abortionist, Dr. George Tiller in Wichita, Kansas followed up shortly by the brutal killing of a security guard at the Holocaust Museum in Washington, DC of all places.

Dr. Tiller’s death is troubling because he had been the target of anti-abortionists’ rage before and even the person charged with his murder had been known to stalk and even vandalize  the clinic where Tiller worked in the days preceeding his death.  Several people in the clinic have gone on record saying they knew about Scott Roeder’s attempts at disrupting the operation of the clinic and notified the proper authorities yet nothing was done to apprehend Roeder and possibly prevent Dr. Tiller’s death.  Such ineptness on the park of the federal beaucracy does not mean that even more layers of government are necessary to protect the citizens but rather irresponsible civil servants need to be replaced with more diligent and efficient ones.

The death of Stephen Jones at the National Holocaust Museum at the hands of a white supremacist is a tragedy underscored by the fact this murderer had a long history, easily documented that could possibly point to such a heinious crime being committed by his hand, age notwithstanding, yet he very easily walked down a metropolitan city street with a .22 caliber rifle and shot and killed an armed federal agent.  The reason why I mention again both of these crimes is because of the contortions those on the right are taking to distance their ideology from these two men who claimed to hold that ideology near and dear to them.   Political pundits are taking great lengths to say that these murderes aren’t from the right at all but rather from the left of the political spectrum, despite the fact they, the perpetrators clearly identify with the Right.  Punditry has managed to make actions a mark of political persuasion and not words and have told their admirers that death and killing are marks of the political left, terrorism marks of Muslims,  while the opposition the Right makes to anything is noble and necessary to save America from its enemies.

This was the kind of meme advanced by Dick Cheney, more recently, and the entire Bush administration before which reduced all argument to ‘with us or against us’ sloganeering.  In that small universe built by the likes of the triumphant Right there was nothing that we did to  those ‘against us’ that could be considered illegal or immoral behavior.   The concept of “exceptionalism” had been developed to the point that meant even the boundaries of legality didn’t apply to us or we made every attempt to legalize illegal behavior in order to legitimize our unlawful actions.  It was a vicious circle we continue to traverse by denying the rational of these latest criminals for their criminal behavior.

News accounts and political pundits have taken great pains to classify these murderers as lone gunmen who are completely separate and detached from the environment which they have enveloped themselves.  By doing so they hope to further distance themselves from the effect their rhetoric has on the people who listen to and subscribe to it.

In our system of law as it pertains to capital crimes unless there is a conspiracy there is no guilt by association. Conversely there is also no innocence by association. Christian leaders and conservative citizens in general have jumped at the chance to label Mr. Roeder a vigilante, a monster and things far worse.

Regrettably this tactic is only applied to members of the right who spent an entire two terms of a right leaning Republican administration to paint with the broadest of brushes entire groups of people based on the actions of individual(s).  This has been a common practice of demagoguery; the politics of the many condensed into the actions of the lone individual.  Cries of bombing the institutions that are symbolic of political ideology have given way to the absolute negation of ideology and their import on an individual’s actions.   Murderers on the right have suddenly appeared on our political landscape and killed their perceived foes because they were inherently defective and acting completely on their own, while the last eights years of a Republican administration were spent literally trying to root out whole communities of conspirators who lurked in every corner of our country waiting for a chance to reap their collective death and destruction at the earliest possible moment on an unsuspecting public that need the invasive protection of a government bureaucracy.

Finally the absence in many cases of condemnation from the progenitors of rightist motivation for such murderous tendencies is another characteristic of the sudden revisionism going on in Obama’s America.  During the Bush years people were always challenged to condemn the acts of coreligionist or fellow ideologues, today’s America sees there is no need for condemnation because such acts rarely accomplish anything and not worth the time spent doing so.

Condemning Roeder doesn’t add anything to the pro-life cause. Pro-abortionists are always quick to remind the Christians of Christ’s rule of not judging or condemning. Why add fuel to the fire by condemning Mr. Roeder, isn’t it just a matter of six of one and a half dozen of the other? Both Tiller and Roeder have One that will be their final judge and he is neither hot under the collar, biased or partial. Why don’t we leave all that to Him?

In many ways such ideas mirror the current glossing over done by the Obama administration vis-a-vis Bush Administration crimes of torture and violations of the US constitution and are entirely motivated by groups’ needs to absolve themselves of responsibilty for actions of the past or the future.

While faux pas French feminist criticize the candidacy of one of their own because of an article of clothing, America’s other allies, Pakistan and the United Arab Emirates have figured out how to make the best use of all of their human resources, men and women, those who wear a scarf and those who don’t but still want to serve their country.  Why a country would want to deny participation of one half of its citizens because of a scarf or a religious belief, even while the very same people want to serve, participate, protect is a study in racism and a mindset that takes people backwards in time we decided was counterproductive or worse.  No forward thinking country should countenance such a philosophy neither should a country support one that does.  A new America would do well to cast its lot with the likes of  Pakistan and the UAE and shun the homophobia that is overtaking Europe, and countries like France and Denmark and clearly and emphatically make a statement that the religious rights of a citizen of a country and that’s citizen’s desire to serve his or her country are the basis of solid, long lasting relationships America will honor.   Anything less than that is contributing more to the problem than to the solution. 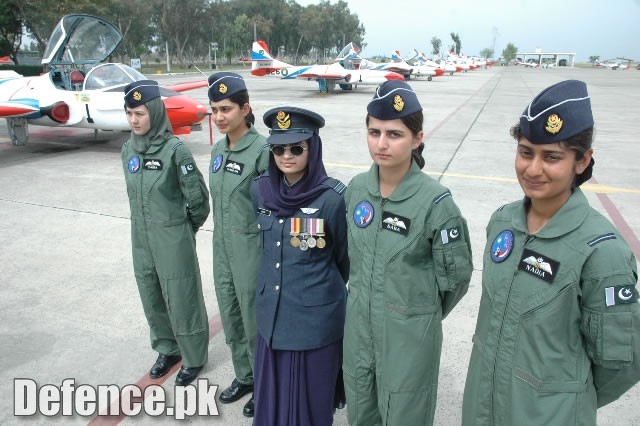