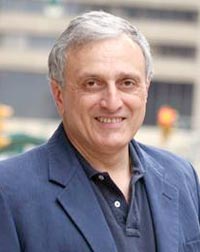 Asked what he would like to see happen in 2017, Paladino wrote, “Obama catches mad cow disease after being caught having relations with a Herford. He dies before his trial and is buried in a cow pasture …..

Asked what he would like to see go away in 2017, Paladino turned his fire on Michelle Obama. “I’d like her to return to being a male and let loose in the outback of Zimbabwe where she lives comfortably in a cave with Maxie, the gorilla.”

Paladino’s relationship to @realDonaldTrump is he was the co chair for the Trump campaign for New York and now with the campaign officially over Palidino still insists he is involved in Trump’s transition efforts. He also ran for governor for New York; luckily for the people of New York he lost. He clearly identifies with Donald Trump despite calls from some for him to be fired from any capacity but that begs the question, why was he involved with Trump in the first place?