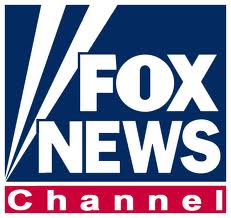 There I said it, if you look at FoxNews the chances are you don’t know much about anything. Sure the anchors there provide a certain amount  of gratification with their quick retorts aimed at people or issues we don’t like, but the business of news is non-existent at FoxNews. Rather what we get as a society is targeted opinion that too often isn’t informative, or even remotely true. 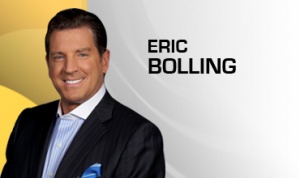 who earlier this month uttered the demonstrably proven lie, ‘How is it every terrorist on American soil has been a Muslim?’ How is it that in the year of our Lord, 2012 there are still people making such a ridiculous claim, except that they do so in exchange for a heckuva lot of money.  We’ve outlined here in the pages of Miscellany101 as many instances as the number of Muslims who were charged with terrorism in 2011…that number was 20 indicted .  In 2010 the number of Muslims indicted for terrorism in America was 26, and the total number of Muslims in America indicted for terrorism since 911 is 193.  Yet we’re told the threat is so large that congressional committees must be held, repeatedly, expenditures of money from an already cash strapped country must be allocated and inevitably the rights of American citizens must be abridged because of a threat that represents less than 5% of all domestic terrorism in America.  Did you catch that America?!?!?! Muslims account for less than 5% of all terrorism cases in America between 2002-2005…..not all of them…..5% of them.  So who makes up the other 95% of terrorism in America?!?!?  You do America!

Since September 11, the threat of internationally based Islamic extremist networks has dominated concerns of Homeland Security officials. And while authorities say the threats posed by homegrown Islamic extremism is growing, the FBI has reported that roughly two-thirds of terrorism in the United States was conducted by non-Islamic American extremists from 1980-2001; and from 2002-2005, it went up to 95 percent.

What’s duplicitous about Bolling and his inaccuracies is the above linked report is dated more than a year ago!!!  If  journalism was truly involved over there at FoxNews Bolling would have surely run across the above mentioned document, but there’s a large segment of the population that likes disinformation that reinforces Bolling’s misstatement.

Here are just a few cases we’ve mentioned that fit the definition of terrorism that Bolling probably knows about but doesn’t want you to know about. There’s the knife in the  mayonnaise  jar guy who tried to sneak onto an airplane in Kennedy Airport of all places; there’s the Atlanta editor who thinks President Obama should be killed because of his soft support for Israel. (As far as I know he nor anyone else who has threatened a standing president of the United States has seen the inside of a jail cell); the case of  a US soldier getting on TWO planes with military grade explosives is something that would raise alarms with anyone, but Bolling, since the perpetrator was not Muslim; nor did the US park ranger killer seem alarming to Bolling; the group in Georgia accused of terrorizing America to which two of them pleaded guilty was mentioned here on Miscellany101, but probably didn’t receive a ripple on Bolling’s radar; Gary Mikulich placed  a bomb next to a federal office building but according to Bolling he can’t be  a terrorist because he’s not a Muslim; of course we all know of the political assassination that took place in Arizona at the hands of a deranged Jared Loughner and resulted in the deaths of six people and the termination of the political career of Gabrielle Giffords.   We haven’t even begun to talk about how exaggerated and non-existent the threat of so called Islamic terrorism is to America.  However, in June, 2012 FoxNews is still publicizing the canard that every terrorist on America’s soil is a Muslim and we haven’t touched on the pro-life movement and its followers the likes of Scott Roeder who believe killing abortion providers, who are operating legally in America, is a way of bringing them to justice.  But it’s what Bolling doesn’t say that  is as onerous as what he does….the American Muslim community has steadily refuted terror and been a source of information for federal authorities investigating terrorism in their midst.  None of that matters to an organization that wants to vilify one segment of the American population and will go to any lengths to insure that.  The solution is as has been said here time and time again, kick FoxNews and main stream media to the curb and embrace citizen journalism.  Or you can be dumb.

One thought on “Watching FoxNews makes you dumb”