I railed against these folks in a post here where I said they were terrorists and should be charged with terrorism.  Instead the federal government charged them with “sedition” and earlier this week all but lost that case.  I agree with the ruling insofar as it apply universally to all who come before U.S. district  judge Victoria Roberts.

Let’s begin with who are the Hutaree militia and what were they charged with.  They call themselves “Christian warriors”….the equivalent of Muslim “jihadists” but without all the baggage that goes along with the term jihadists.  They were charged with seditious conspiracy against the government, teaching the use of explosive materials, and possessing a firearm during a crime of violence. The indictment said that the Hutaree planned to attack law enforcement vehicles during the funeral procession for the officer or officers they planned to kill, using explosively formed penetrator improvised explosive devices (which under federal law are considered “weapons of mass destruction).  It’s important to note informants were instrumental in bringing the charges against the group…much like what has happened with so many jihadists inspired plots we’ve seen throughout the last decade.

Earlier this week, judge Roberts, a Clinton appointee to the bench by the way, ruled against the government, dismissing the sedition charges, i.e. conspiring to commit sedition, or rebellion, against the U.S. and conspiring to use weapons of mass destruction. Other weapons crimes tied to the alleged conspiracies also were dismissed.  Judge Roberts said, ‘statements and exercises do not evince a concrete agreement to forcibly resist the authority of the United States government,…(David Stone’s) diatribes evince nothing more than his own hatred for — perhaps even desire to fight or kill — law enforcement; this is not the same as seditious conspiracy.’  Roberts took the concept of freedom of speech to the very limits of the law and concluded that while what the defendants said was horrible, scary, frightening, absent any defined and definite action to do what they said they wanted to do, they had the right to that speech and  opinion. (You can read more about the acquittals here)  In today’s America that’s an extraordinary position to take, considering the slightest innuendo is enough to get you locked up for life, depending upon your political, religious and/or racial inclinations.  If you looked at the way the trial was conducted it follows so closely with all the other federal prosecutions of people related to terrorism offenses but with a far different outcome.  I assert the difference was this judge, Victoria Roberts got it right; that inspite of the highly inflammable accusations and statements made, free speech is what one is entitled too as long as there is no accompanying illegal action that results from that speech.  It may be a narrow line, but it seems Roberts walked across it successfully when issuing her ruling. I wish more judges had the constitutional fortitude to give such a ruling as Roberts. 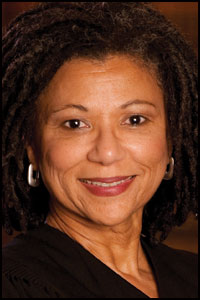 Finally a dig at the Tea Party, birthers and  political conservatives.  When Janet Napolitano’s Homeland Security agency first came out with the warning of right wing extremism’s threat to the homeland, those groups who hate Obama came out to vehemently oppose even the idea that some people from their side of the spectrum could, would even do the things that were mentioned in the reports of three years or so ago.  It was simply inconceivable to them that violence and terror could come from any but the halls of Islamic extremism and treachery and any and every conviction along those lines served to underscore their belief.  They also used the birther notion that President Obama was some sort of illegal alien with an Islamic agenda to drive home the points that the Nation was under attack.  Indeed, Hutaree members had some rather strange notions along those lines as well.  The point man for the government’s case against the Hutaree was Eric Holder much maligned too for his suggestions early on that prosecutions of terror related cases should be done by the federal government in federal courts on American soil and not by military tribunes because in America that’s simply what we do.  That very suggestions was enough to also force some to question the administration’s concern for the safety of the Homeland or it’s jaundiced view , as they claim, towards federal prosecution of those who might otherwise be regular, normal American citizens.  In this atmosphere steps judge Roberts, above,  appointed to the bench by a liberal president Bill Clinton who is  almost as despised as Obama. Ms Roberts  went against an equally “liberal” administration headed by a Constitutional lawyer in Barack Obama, with a ruling that was, one could say, strictly constitutionalist.  Kudos to judge Victoria Roberts. I hope others on federal benches across America have the courage to apply the law  as she has  without giving in to fear.