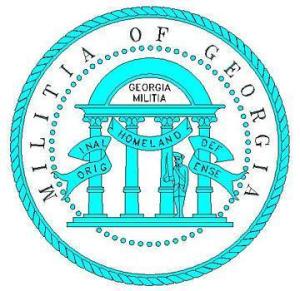 At the moment America is too consumed with news about Herman Cain’s sexual predilections to hear or be interested in the the latest terror plot. It seems, sex sells even better than terror, or at least good enough to obscure news about terror. The fact that the defendants are not the types we like to associate with terror, although they are of the demographic that is more likely to be terrorists here in America than any Muslim, makes our fascination with their case even more fleeting if not downright non existent.  Four men in their 60s and 70s have been charged with offenses that could only be considered terrorism given what it was they were accused of doing.

This will never get the play in the media that foreigners or foreign sounding terrorist names would get in the face of such revelations and that is one of the many problems with the politicization of terrorism in today’s America.  The four defendants aren’t just some  cranky old men hatching another isolated incident of terror inspired violence on America, they are a side of America which has always been around and views change as violent and necessarily so.

During the 60s and 70s people of similar mindset were paraded in front of our televisions and on the front pages of our newspapers as threats to our society, and politicians made their political fortune denouncing the likes of the Black Panthers, SDS, SNCC, SCLC and other alphabet soup organizations that we were told posed an imminent threat to our democracy.  These organizations and the people that participated in their activities bore the full brunt of an enraged federal government and its police agencies that trampled on their rights, spied on and at times even killed them because some one said it was necessary and the right thing to do and very few of us flinched nor protested. Rather we cheered on and elected those politicians who said such actions were necessary in order to preserve the social order.  That was the same response we had to the cries from neocons about the clash of civilizations meme.

Somehow we are not quite able to see the threat the same way when it’s presented to us in the form of four senior citizen white males who are members of groups we’ve been told since the beginning of the Obama Administration were equally vicious and threatening to the American fabric. (On a side note, I wonder how vociferous  would our denunciation be if Obama decided to unilaterally send a drone attack over one of the meetings these four defendants had to hatch their plots and  killed them and any of their relatives?)  Our minds still seem to be  focused only on the dark, seedy,murderous, savage fundamentalist Muslims who want to destroy what we stand for because they are unable to reach the greatness that is America.  Such imagery when attached to anything evokes a response of horror and disgust, revulsion and abject rejection even when that thing is notable and essential to the life of our Nation.  How else can we look at our indifference to the various  Occupy movements spreading across the country, and the hostility they face from political leaders and members of the media who conjure up images of opponents of a bygone era or radical associations of a more recent time.

This is the story that will probably not receive the attention it deserves, not because these men wanted to overthrow the country….they couldn’t, or not because they are symptoms of a wider problem, they are but we are a country of over 300 million people and we’ve got a lot of problems.  This story deserves attention because there are too many people who believe that in order to defend this country they have to go out and kill somebody to do it. How did we get to this point that people like 73 year old Frederick Thomas think, ‘when it comes to saving the Constitution, that means some people gotta die.”  Perhaps, his time would have been better spent joining #OccupyWallStreet in Atlanta where he could have affected real change rather than plotting acts of terror that would only lead, as it has, to his own ruin.