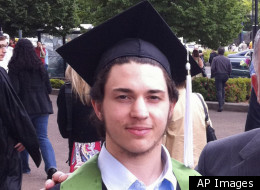 Michael Migliore an American citizen who was put on the no-fly list by US authorities possibly because he refused to talk to the FBI without a lawyer had to end his way to Italy by train from the West Coast and then by boat to England.  The story doesn’t end there however, he was detained by authorities before the boat he was in even made it to port in Suffolk, England.

Migliore was responsible enough to make his way to Europe by 19th century means because of how the US government categorized him, but it seems that “brand” followed him to England as well which underscores the pernicious nature of the no-fly lists.  Migliore’s crime seems to be  being Muslim, knowing  someone who was charged with terrorism and not talking  to the FBI about that relationship without a lawyer (something any seasoned lawyer would advise and which he has the right to do).  What this says is the federal government wants to rescind the right to have someone present when authorities talk to you AND the government wants to punish you for exercising your right to freedom of religion.  That a 21 year old university graduate has to fight this fight against the two greatest powers in the world, the US and the UK, is shameful and disgusting.  That no one or very few people in America is up in arms about this violation of Migliore’s inalienable rights is further indication of  how close this  country is to abandoning the principles of its Founding Fathers.