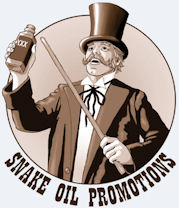 A little-known movement of radical Muslims and self-proclaimed prophets wants to infiltrate government, and (pick the candidate of your choice) might be their man.

Well such a headline was written about presidential hopeful Rick Perry and it hasn’t elicited very much conversation, much less outrage in political circles which leads me to wonder whether Perry has been “chosen” by the political elite to be the next president?  If so, that would spell disaster for America on a scale similar to the one we faced after the Bush II presidency four years ago.  More on that later.

Perry has come out identifying himself as an avowed Christian, and while that’s admirable, there’s nothing Christ like about his actions or beliefs as they pertain to the citizens of his state or to this Republic.  Perry has attached his political ambitions to a group called the New Apostolic Reformation which believes among other things

they have a direct line to God. Through them, they say, He communicates specific instructions and warnings. When mankind fails to heed the prophecies, the results can be catastrophic: earthquakes in Japan, terrorist attacks in New York, and economic collapse.

Some consider Freemasonry a “demonic stronghold” tantamount to witchcraft. The Democratic Party, one prominent member believes, is controlled by Jezebel and three lesser demons. Some prophets even claim to have seen demons at public meetings. They’ve taken biblical literalism to an extreme.

… what makes the New Apostolic Reformation movement so potent is its growing fascination with infiltrating politics and government. The new prophets and apostles believe Christians—certain Christians—are destined to not just take “dominion” over government, but stealthily climb to the commanding heights of what they term the “Seven Mountains” of society, including the media and the arts and entertainment world. They believe they’re intended to lord over it all. As a first step, they’re leading an “army of God” to commandeer civilian government.

It’s not that we haven’t seen this coming from Perry and his coreligionists.  His national day of prayer and fasting, which we wrote about here should have set off all kinds of alarm bells in print and electronic media but it didn’t. Neither did all of the negative headlines outlining Texas’ shortcomings, which some could say mirror what’s happening on the national level that has inspired Perry to run for election.  So what were some of those other headlines?

For all the controversy over the national debt ceiling, here’s a surprise: Since 2001, the debt load in conservative Texas has grown faster than the federal debt.

Gov. Rick Perry’s……. state’s unemployment rate is the worst in nearly a quarter century.  Despite being one of the loudest critics of President Obama’s stimulus, Perry used billions of dollars of federal money to patch Texas’ budget shortfalls, and was thus able to create and maintain lots and lots of public sector jobs. In fact, if you look at net job creation between 2007 and 2010, it’s clear the only thing keeping Texas buoyant was government jobs.

….Texas now ranks dead last among the 50 states in the percentage of adults who have a high school degree.  That’s down from 38th in 1990.

and those are just for starters.  Perry made remarks about the Federal Reserve chairman which bordered on the insane and caused members of his own party to call him out on them. Yet despite all this, Perry still is considered a legitimate candidate by the public and the media  for the GOP over far more reasonable, legitimate, responsible  and presidential candidates, like Ron Paul, Mitt Romney or  Jon Huntsman.  The fact that anyone considers him legit is a scary reflection of the state of American politics.  Riding the wave of the Tea Party movement that has attracted the total fringe of the conservative movement, Perry’s run for president and his widespread acceptance is a terrible harbinger of what’s to come for America and you needn’t be a member of the New Apostolic Reformation to see that!