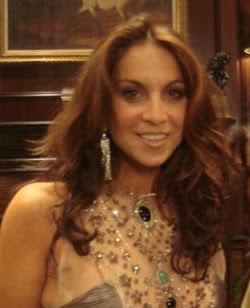 I should have titled this ‘birds of a feather’ because Louis Farrakhan has joined the ranks of such notable Islamophobic bigots as Pamela Geller in support of Libyan president Ghadafi against the dissidents in his country who are seeking to oust him, but for entirely different reasons.  Geller seems to think that Ghadafi’s opposition is encouraged by the omnipotent Muslim Brotherhood or other similar “islamists” who want to devour the world by killing and or converting all one person at a time.  She’s cast her net therefore with the Libyan president who  she claims, ‘not that Libya has been good under Gaddafi – hardly. But there are degrees of evil. The situation can always be worse, and little matches the anti-human brutality of Islamic regimes in the twenty-first century.’

Farrakhan, equally vitriolic when it comes to racist tendencies, therefore seems to share a common interest with Geller and I find that mildly  amusing in an ironic and unexpected kind of way.  Both will adamantly disavow one another but one can see where there is divergence in goals there is usually divergence in means or opportunity.  Geller and Farrakhan, two peas in a pod, nurtured by the same soil, nationalism and racism.  They should both go center stage, join hands and bow; they deserve one another.