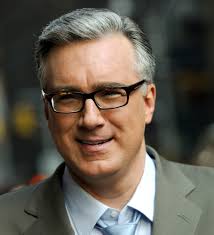 It’s amazing how history sometimes repeats itself.  Keith Olbermann’s departure from MSNBC reminds me of the Phil Donahue firing which happened just before the last Iraq war, but without war drums beating so loudly.  Olbermann, love him or hate him, there was almost no middle ground judging by many of the comments I’ve read on the topic but I respected him for saying things that many given the same pulpit were afraid to say and that’s saying alot.

American media’s decline however BEGAN with the Phil Donahue firing and the media’s willingness to become a “stenographer” for the Administration in power.  Judy Miller et. co. were the waterboys/girls for an administration with imperialistic intent in mind and objective journalism went right out the window.  Of course, you could make the case for journalism’s demise occurring even before that, extending to the days of William Buckley’s association with the CIA and others, but we’re a shortsighted Nation that rarely thinks beyond the last debacle in our history, so let’s leave it at Iraq.

I’ve read where many people decried Olbermann’s personality, arrogance, etc. but those same people most likely tune in to Bill O’Reilly, Hannity, et.al who display an arrogance that makes Olbermann look like a pussycat in comparison, so was it his condescending personality or what he said that they detested?  Indeed, it appears America can no longer stand dissent even when it’s principled or factual. Juan Cole has a pretty good take on the Olbermann departure that you can read here.  I especially liked this line

It seems Olbermann is too extreme for US television. But Glenn Beck and Sean Hannity, now they are mainstream. What universe could that proposition be true in? That of cranky old white billionaires. And television news is owned by them. Not by you.

which is why I’ve said repeatedly, citizenship journalism is much more worthy of your time and consideration than anything you might find on cable TV.  For example, do you think anyone now on television besides, perhaps Jon Stewart will say this

Hardly!  What America needs is as steady a droning voice for ‘the rule of law’, adherence to the principles of republican democracy as they are getting from the voices of hatred and racism that have taken over America airwaves.  Only then can one really “decide” because they will have had the ability to choose from this or that…something not available to the consumer at the moment.  I lament the departure of Olbermann…I liked him and linked to him several times here…but there are still many good citizen journalists whose voices have not been silenced who also deserve your time and attention.  Please read, listen to what they have to say.