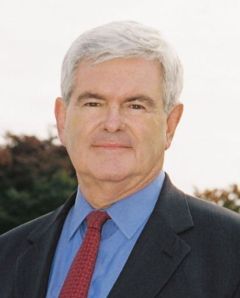 There should be no mosque near Ground Zero in New York so long as there are no churches or synagogues in Saudi Arabia. The time for double standards that allow Islamists to behave aggressively toward us while they demand our weakness and submission is over….

America is experiencing an Islamist cultural-political offensive designed to undermine and destroy our civilization. Sadly, too many of our elites are the willing apologists for those who would destroy them if they could.

With ruminations abound he will run for president in 2012, that is more likely the reason for this public rant and indulgence in Islamophobia.  Muslims, like Jews once were, and African-Americans are still today (just ask Shirley Sherrod) are the new whipping boys that you can tie to any stake (read that issue) and beat them to the great delight and pleasure of the general public, and even win yourself an accolade or two enough to get into public office and live off the public dole for the rest of your life. Why we aren’t sophisticated enough to see these charlatans for what they are and kick them to the nearest curb; their tactics are far too transparent and offensive to a society as rich and diverse as ours, but they keep coming back.  It’s interesting Gingrich comes from Georgia, home of the late Lester Maddox.  Perhaps you remember him don’t you?  He’s the one in the photo below with the pistol; Jr., of course his son, has the trademark pick ax handle.