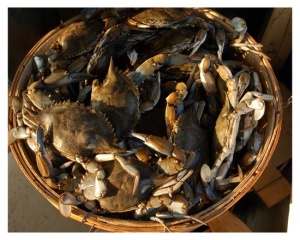 We get what we deserve.  For eight years we had a Republican president who completely overturned by neglect and more often than not, intentionally all that America has stood for in the last 200 years, so much so that over 200 presidential historians went on record to say George W. Bush was the 5th worst president in American history.

The political acumen of the American electorate hasn’t gotten sharper with the end of the Bush era, it seems to have gotten nastier.  It is as if we relish dirty politics, far worse than anything seen during the Nixon campaign of 1972 when the forces of darkness were let loose on America’s political stage.  Politicians have become like crabs in a barrel, climbing on the backs of constituents with inflammatory remarks in order get smirks, nods of approval, political contributions from others. Now, the gloves are off and politicians seem to be intent on denigrating segments of America’s mosaic for what has become, a very expensive seat in Congress.

Arizona has enacted legislation which will end up directly targeting brown skin people with Latin names, in a throwback to the days of Jim Crowism and stars of David on the clothes of citizens of the state.  No one is expected to carry with them their birth certificate except people with names like Gomez, Rodriquez, Abdullah, Muhammad et.al. and it is perfectly acceptable in the minds of many for that to be a legitimate request, even though a similar one wouldn’t be made of a Jones, or a Goldberg, a Johnson or a Smith.  It was politicians who made this stupid law in Arizona, and now Arizonans and the rest of us have to suffer because of their political xenophobia.

Listen to the latest elected official make a complete jackass of himself. The only stupid people he mentions in his speech on the floor of the US congress are the people who elected him in, not surprisingly, Texas, the home of the 5th worst president in America.  Please America, get rid of politicians who want to get to political office, or keep it, by getting you to hate your fellow citizens of this country, or want you to be afraid of or angry with people who are different than yourself.  This is an election year; let them know with your vote that America has come a long way from the racism and hatred of a bygone era and that we can today feel comfortable in who or what we are, appreciate the differences we have in our social fabric and live by laws that meant for all citizens, and not just those we hate, don’t know or don’t like.