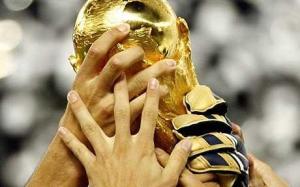 Amazing!  Simple amazing what one can find on the printed pages of the Israeli press!! It espouses a racist agenda in something as far reaching and cross cultural as sports competitions, i.e. the World Cup play and who to cheer for, while still managing to maintain its victimology status, and yes it probably is satire, much like the “joke”, ‘We Con the World‘ was shameless satire

The Turks, whose Islamic fundamentalist wannabe martyrs tried to kill Israeli soldiers aboard the Mavi Marmara last Monday, did not make the tournament. The sanctimonious Swedes and Norwegians thankfully won’t be there, either.

Brazil, in cooperation with the Turks, initiated a proposal that could have facilitated the nuclearization of Iran, voted with the Turks against Wednesday’s UN sanctions, and recently treated visiting Iranian president Mahmoud Ahmadinejad like a king.

There are many reasons not to root for England; from its attempt to prosecute opposition leader Tzipi Livni, its deputy prime minister’s support for banning weapons sales to Israel, it being the home of Israel boycotter Elvis Costello, and its recent expulsion of a Mossad official due to his alleged role in facilitating the use of British passports to kill a mega-terrorist.

Honduras has a large Palestinian population. Paraguay sheltered many Nazis, including Joseph Mengele, after the Holocaust. The Ivory Coast is 60% Muslim.

There’s more but I think you get the point; Israeli media has a bone to pick with most of the world and it’s all because the world has made Israel a victim, and the Muslims are to blame for it.