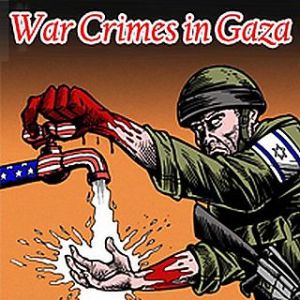 The Israeli government has decided for itself the role of international pariah and no one has the intestinal fortitude to tell them that except lowly internet bloggers like Miscellany101 and others who have seen enough of the atrocities this country has inflicted on everyone it feels victimized by.   Having bought off American and European politicians and quieted an obsequious press, Israel once again gets away with murder in the deaths of the passengers of the Gaza flotilla.  In a night raid against unarmed civilians, a particularly Israel like tactic, the IDF boarded one of the ships of the flotilla that was in international waters and began shooting all those who didn’t quickly comply with their demands, leaving in their wake anywhere from 10 to 20 dead.

Of course, the Israeli government will claim they were acting in self defense and the apologists will echo that claim; governments will not issue any voices of protest or reprimand, nor make any demands on the Israelis for transparent investigations and over time, people will forget this latest act of murder like all the rest before it.  The conscientious citizen ought to know, however, that the Israelis for the moment are the merchants of death and destruction and that this rogue and lawless state has nothing to offer the international community until they are brought in line with law and order, something the Israelis are not the least bit interested in at this time.  The self-proclaimed super power is instead a super coward in the face of the petulant, lawless state, which sees no limits for its own behavior while super critical of the behavior of its opponents.  Indeed America has relegated itself to being a client state of Israel, the dog wagged by its own tail.