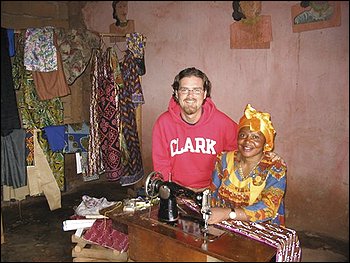 You won’t hear very much about this sentence handed down by a court in Sudan.  I wonder what would be the outcome if it was anything less than this, but a court has sentenced four men charged with killing an American AID worker to death by hanging for their part in the murder of John Granville. I did notice the slant in the article against the current government not contacting the family of the deceased, something I admit they should have done perhaps, but then when did the American government contact the family of anyone imprisoned in Guantanamo.  Nonetheless, social graces are not a part of the Sudanese system it appears, but in this case justice was served and you should know that.

A big deal was made about an English teacher who was threatened with punishment by the Sudanese government because she named a child’s toy Muhammad, at the suggestion of that child.  Bad news travels fast; the Islamophobes roundly condemned the Sudanese and articles appeared all over the world highlighting the case of Gillian Gibbons the teacher charged.

Perhaps this news balances out the disgraceful treatment Ms. Gibbons rececived at the hands of the Sudanese, if barely at all.  It does do justice for John Granville.   Hat tip to The Sudanese Thinker.