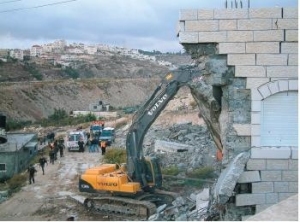 The battle for Jerusalem goes on but Miscellany101 wants to highlight some voices that too often get drowned out in the cacophony  that is designed to confuse and distort.  Before getting to the heart of the refutation that Jerusalem belongs only to Israel’s Jews, it’s necessary to excerpt the post that started it all.

For me,(Elie Wiesel, a Nobel Laureate and Holocaust survivor,  who took out full page ads in major American newspapers to express his views on the city of Jerusalem) the Jew that I am, Jerusalem is above politics. It is mentioned more than six hundred times in Scripture — and not a single time in the Koran. Its presence in Jewish history is overwhelming. There is no more moving prayer in Jewish history than the one expressing our yearning to return to Jerusalem. To many theologians, it IS Jewish history, to many poets, a source of inspiration. It belongs to the Jewish people and is much more than a city, it is what binds one Jew to another in a way that remains hard to explain. When a Jew visits Jerusalem for the first time, it is not the first time; it is a homecoming. The first song I heard was my mother’s lullaby about and for Jerusalem. Its sadness and its joy are part of our collective memory.

Since King David took Jerusalem as his capital, Jews have dwelled inside its walls with only two interruptions; when Roman invaders forbade them access to the city and again, when under Jordanian occupation, Jews, regardless of nationality, were refused entry into the old Jewish quarter to meditate and pray at the Wall, the last vestige of Solomon’s temple. It is important to remember: had Jordan not joined Egypt and Syria in the war against Israel, the old city of Jerusalem would still be Arab. Clearly, while Jews were ready to die for Jerusalem they would not kill for Jerusalem.

Jerusalem must remain the world’s Jewish spiritual capital, not a symbol of anguish and bitterness, but a symbol of trust and hope. As the Hasidic master Rebbe Nahman of Bratslav said, “Everything in this world has a heart; the heart itself has its own heart.”

Jerusalem is the heart of our heart, the soul of our soul.

There is so much wrong with Mr. Wiesel’s claim that Christians and Muslims are allowed to build anywhere in the city it’s laughable.  However, one Reverend Frank Julian Gelli took it seriously enough to write this scalding rebuttal to Wiesel’s soliloquy.

‘For me, the Jew that I am, Jerusalem is above politics’, you declare. As a priest, a messenger of peace, I could not agree more. But you add that Jerusalem ‘belongs to the Jewish people’. Astonishing. Because that is an exquisitely political statement. To belong to means to be the property of someone. Jerusalem belongs to, is the property of the state of Israel, you therefore must mean – unless some occult, cabbalistic meaning is intended. How can you then say that Jerusalem is above politics? You are contradicting yourself, methinks. Being illogical is not being unethical, no. Just a little intellectually inconsistent. Join the club – but, from a messenger to mankind I would expect a tad more rigour.

Jerusalem ‘is mentioned more than six hundred times in Scripture – and not a single time in the Koran’ you assert, inferring politics straight from theology. Puzzling contention. Because statistical and numerical arguments are tricky. Consider: Mecca, the holiest city of Islam, is named explicitly only twice in the whole Qur’an – a third time under the name of ‘Bakka’. Would you then conclude that Mecca is only of minor importance to Muslim? Absurd.

Second, spiritual imperialism must have limits. Jerusalem is not sacred only to Jews. This is not a political claim. It is a straightforward factual, historical statement. In the New Testament – as you are fond of statistics – Jerusalem is named 159 times – a very high number, given also that the NT is much smaller than the OT. You might have heard a Jew called Jesus of Nazareth once preached, taught, suffered, was crucified and arose from the grave in the very city of David.

You know, my heart overflows with emotion and my eyes with tears when I think about my beloved Lord’s life, his ministry, his passion, his agony in Jerusalem. So you see, you are not the only one to be moved, anguished or rejoiced, by ancestral memories connected with the holy city. Christians are, too.  And amongst mankind, Christians – nominal or actual – number 2.1 billion. It is fair to conclude they too have at least as rightful and as strong a claim to the spiritual Jerusalem as 1.5 billion Muslims and 14 million Jews.

It’s sad that the apartheid state of Israel where nationality is a religious not a civil designation somehow or another enlists the support of a Nobel Peace prize, 1986 winner to wax eloquently about the importance of Jerusalem to Israeli Jews while the homes of Palestinian Christians and Muslims are being destroyed and their lives wantonly disregarded. A state that uses such internationally reknown mouthpieces to mask its death and destruction should not be the recipient of American largesse or respect.